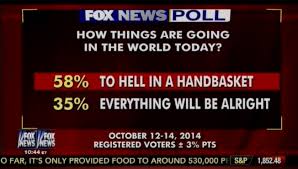 I don’t really buy magazines, except for the “Best and Worst” issues; I’m a sucker for those. Most Awkward Moments of 2017? Worst Dressed at the Oscars? I want to know. And come on now, I know I’m not the only one. Chronicle editors, publish a “Best-Dressed at the ATA Conference” issue and see what happens to your numbers. Same for those tantalizing click-bait posts with catchy lists: 5 Worst Translation Blogs; 10 Guaranteed Ways to Find Direct Clients; 3 Mistakes That Will Torpedo Your Business — they’re the fun-size candy bars of the article world.

What makes these lists so enjoyable? Part of it is simply that they’re harmless fun disguised (very thinly) as informative pieces. They also wrap up the news, or the year, or our culture, in a tidy, manageable package. And that is appealing, because most of the world is not tidy or manageable or fun, for that matter, as we are constantly reminded by the never-ending, 24/7 global news cycle we’re exposed to. And our own lives, although hopefully manageable, are usually not tidy for very long.

Because life is change, and change is hard, and you don’t always see it coming. Or worse, it turns everything upside down forever. Last week, one of my son’s classmates from high school died from an OxyContin overdose. I didn’t know this boy personally, but it hit me hard, partly no doubt because he is the same age as my son and tragedies like this speak to every parent’s worst fear. It’s the sudden, horrific finality of it, and the knowledge that for this mom and dad, life will never, ever be alright again.

I know that this tragedy is not about me, but it still colors my perspective at the start of a new year. What helps me is to remember that most of the changes we will face this year will likely not be tragic but merely challenging, and that “things usually turn out alright and will probably turn out alright again.” This doesn’t sound very philosophical or profound, but I read it somewhere and it stuck with me, and it’s gotten me through some late-night vigils when my college-age sons were out late.

Regardless of New Year’s resolutions or 5-year plans, we don’t always get to pick our changes and we don’t always see them coming. But we can choose how we respond, and this is true in business as in life.

I’ve been inspired by some of you in this regard. In a recent post of his  Patenttranslator’s Blog Steve Vitek wrote about his response when Japanese patent translations started to dry up. Instead of giving up or passively accepting a drop in income, he changed course and found a different niche. In another post he described escaping from communist Czechoslovakia in the early 1980s and making his way to America, and I’m sure the resilience this required has served him well in his career.

The profession as a whole is going through some sea-changes as well, but it’s hard to tell if we’re up or down sometimes: depending on the headline, translators are thriving — no wait, we’re dying — no wait we’re fine. According to a report published by the University of California San Diego Extension Center for Research, Interpretation/Translation was the number one emerging career in terms of job growth in 2017. At the same time, there are many who are happy to explain that the era of human translation is drawing to an end and that our only hope is to “repurpose” ourselves as post-editors of machine translation. (I’m getting “Lord of the Rings” chills just writing that). Judging from the low median hourly earnings of $21.90 reported by UCSD, it could very well be that part of this reported growth is, in fact, in the post-editing/bulk market sector. So now what?

The thing about lists and statistics is that they offer only bite-sized bits of a bigger, more complex picture. For example, I’m a medical translator. The pharmaceutical industry is not likely to stop developing new drugs anytime soon, nor are they likely to risk killing people and lose billions of dollars’ worth of investments by cutting corners with machine translation of handwritten doctors’ scribbles. So these macrotrends are worth keeping an eye on, but not necessarily worth losing sleep over.

The actual changes that affect our careers are much more mundane and specific. For example, an agency I started working for many years ago sent out a mass e-mail asking us translators to lower our rates in light of the economic blah blah blah. I refused to do so, and I have noticed that most of their job offers since then have been for editing. Their strategy is obvious: have the translation done by a cheaper translator and then fix it up in the editing phase. Unfortunately, a) I don’t like editing, and b) the hourly rate paid by most agencies is about $50 at the most, which is much less than I make translating (paid per word, so they have no idea what hourly rate that converts to). So I reject these editing jobs, partly because I don’t like getting played, and partly because I usually have enough translation offers lined up to fill up my schedule.

Except … when I don’t. That’s when my faith in the overall stability of my life and my business is tested. As a matter of fact, I’m in the middle of one of those odd radio-silence weeks right now, when my inbox remains inexplicably empty. This has happened a few times over the years, so I’m learning. The first time I panicked, the second time I cleaned the garage while panicking, and this time I made myself a nice hot cup of coffee and started writing this post, knowing that this, too, shall pass.

I will face challenges and changes this year. And so will you.
But I think we’ll be okay.