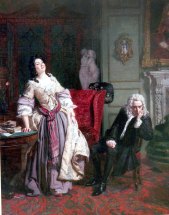 In show business there is something called a “bad laugh”. Legendary movie critic Roger Ebert described it as “the laugh you don’t want to get, because it indicates not amusement but incredulity, nervousness or disapproval.” In the translation business we have our share of bad laughs as well. They’re usually just private giggles, for example when a typo in a dry financial document turns an innocent word into a completely inappropriate one. Unless you don’t catch it, of course, and the PowerPoint document, now on the big screen at a conference, results in a very bad laugh and a fired translator.

Most often, though, bad laughs are the just rewards for cheapskates who use non-translators or machine translations for their very public communications. Save money once, be immortalized in “hilariously bad translation” memes forever.

But then there are those rare, shining occasions where a mistake slips in that actually takes the text to a whole new philosophical level. I was working on a court case the other day in which two big companies were fighting over – what else – huge stacks of money. Now I like to use my CAT tool for legal translations because even though it’s not much help for the body of the text, the translation memory saves a lot of time with the standard phrases and labyrinthian terminology in these types of documents. The case involved one company suing another for not paying the agreed fee upon successful completion of the project. The thing is that the Dutch text used the English term “Success Fee” throughout. And my happy CAT tool, assuming it was encountering a Dutch term, suggested the translation “Success Fairy”. Because “fee” in Dutch is “fairy”. 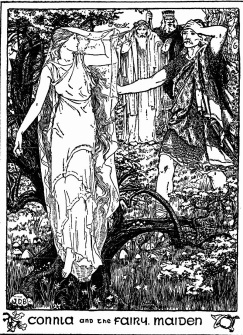 I was sold immediately. Success Fairy? I’m in! No longer was I toiling to help one megacorp relieve another of hard-earned cash; I was on a quest to liberate the Success Fairy from villains holding her captive in their corporate dungeon. It was the most inspiring court case I’ve ever translated, even if the excitement was all in my own head and I regretfully had to “find & replace” all the fairies with boring fees at the end.

Now I want a Success Fairy too. Don’t we all? Especially in this time of crisis when work has dried up for many due to closures or cancellations, and when hard work is no guarantee of income because invoices don’t get paid. Freelancers here in California are reeling from the double whammy of projects beings cancelled due to Covid-19 and being blacklisted anyway because of AB5, which penalizes companies for hiring California freelancers.

It would be nice if there really was a success fairy who leaves money under your pillow when you lose a job. In the meantime, you do what you can. I can only speak for my particular niche of translators based in California, but here are some things I’m doing to stay afloat while the storms rage.

However, many companies will no longer work with California freelancers unless they incorporate. So that’s what I did. It’s a hassle and it’s expensive, but the $800 annual fee has already paid for itself by helping me retain my best client. You can do it yourself online, but I recommend paying a tax advisor to help you through it. Some of the questions are not that easy to answer if you don’t know what you’re doing, and you probably don’t need any additional stress during difficult times.

Now, you might be thinking that you also don’t need an $800 extra expense during difficult times, but the fee is not due until the annual renewal date the first time. Of course, you do owe the fee for the first and second year if you take advantage of this delay, but it does give you some breathing room while you reconnect with old clients and find new ones. I look at the fee as a long-term investment.

Note: use a tax consultant, not a lawyer. The first lawyer I called wanted $1000 and he had no suggestions other than asking what my accountant thought I should do.  The tax consultant I found not only advised me on the best structure (one-member LLC) but completed the process online during our very first appointment. For a fraction of the lawyer’s fee, I might add.

If you’re a California-based translator you may also want to consider joining a translation association in your source country if you haven’t already. Potential clients in other countries couldn’t care less about AB5, but they don’t necessarily know about the ATA and may be more likely to check translator directories in their own country. So I recently started the process of joining the NGTV, the Dutch version of the ATA. There are a lot of hoops to jump through; they require references, documentation, diplomas and transcripts, sealed versions of which have to be ordered, then translated, then evaluated by an international diploma assessment organization, etc. etc. All this by regular mail, back and forth across the ocean. I started the process a few months ago and don’t expect to hear anything before June. But again: long-term investment.

With regard to Covid-19: translation is a great profession to be in, especially right now since most of our work is online. Still, some translation fields have been affected more than others, travel and tourism in particular. My specialty is medical and legal documents, and I’ve seen a drop in legal assignments as many courts are limiting or completely suspending their operations. But medical care is always essential and even more so in times of crisis, so I’ve been busy as ever with medical projects. I know it’s easier said than done, and I’m not advocating taking on projects you’re not qualified for, but see if there are translation fields that have been less affected by the pandemic that you might explore. They are out there.

If you’d like to weigh in on how your work has been affected and how you’ve been coping, I’d be very happy to hear from you. We can all use advice and encouragement or even just a place to vent in these challenging times. I’m not holding my breath for the Success Fairy, but when I see people everywhere using creativity and ingenuity to connect, survive, and overcome obstacles, I think we may just make it with good old hard work and perseverance after all.