As translators we spend a lot of time in the safety and comfort of our office, and those of us who are also introverts are just fine with that. (If you agree that e-mail is the best invention since the answering machine you know what I’m talking about.) So while we’re not exactly out there putting our fragile selves on the line like stand-up comics in front of a tough crowd, there are some aspects of our profession that do require thick skin. Here are two I’ve had to deal with.

Dealing with feedback
In a perfect world all proofreaders would be eagle-eyed, objective and blessed with the gift of restraint. At the other end of the spectrum, in translator hell, your beautiful translation gets mangled by nasty crimson track-changes that are objectively wrong, and you have to waste time and energy convincing the project manager that the proofreader completely biffed up the translation. Of course most cases are somewhere in between, but for the first few years of my career I experienced a cold dread when I saw the subject line “questions on translation” in my inbox, because I was afraid I’d be faced with incontrovertible evidence that I actually had no business being a translator.

The antidote? Just jump in and start replacing the fear with actual experiences. In doing so I found out that feedback is simply a natural part of the give-and-take of translation projects and that getting questioned doesn’t necessarily mean you’re wrong or that you don’t have a voice. I learned that most types of feedback fall into three categories: 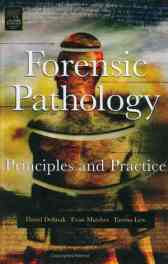 Most hospital reports don’t bother me; I have worked on thousands of hospital reports describing the progress of cancer and heart disease, but usually the treatment is successful and the document ends with the patient being discharged. The patients that do die are usually old, which is still sad of course, but not tragic. As a translator I feel a momentary pang for this person and for the transience of life in general, but nothing more than that.

What I struggle with are autopsy reports in murder cases where the victims are children. Another extremely tough one is police reports on child abuse cases. Here are some strategies I use to deal with the heaviness of the content:

Sometimes the right response is to say no or bow out, but on the whole I’ve found that developing thicker skin by deliberately exposing myself to intimidating or challenging situations has helped me grow as a professional.

How about you, colleagues? I would love to hear about ways you have faced fears or challenges in your professional life.

11 thoughts on “Deal With it: Developing Thicker Skin as a Translator”